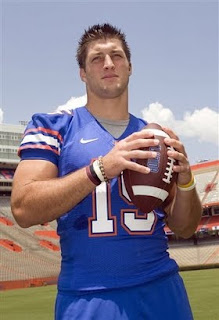 College Football is so close that most gamblers can already smell the freshly cut grass through their computer screens as they ponder last year’s statistics and try to make sense of the current college football landscape.

Gamblers Final Word is gearing up as well for the beginning of the NCAAF season with odds being offered on almost every aspect of college football. Because of that, it’s not too early to come out with the College Football Top 10 Power Rankings.

As always, the rankings aren’t based on who is number one in the polls, but who could potentially be a wagering bonanza for bettors in 2009.

Let’s take a look at the College Football Power Rankings

1. Texas Longhorns, 9-3 ATS - - The Longhorns were robbed out of a chance to play for the national title in 2008 but shouldn’t have any such issue sin 2009 as they return a strong offensive line and quarterback Colt McCoy. Texas looks like the only serious contender to the Florida Gators in 2009 for the BCS Championship. That makes them the top team to bet on going into the college football season.

2. Oklahoma Sooners, 9-2 ATS - - Oklahoma should be just as strong of a wager in most games in 2009 as they were in 2008. The offense should be dynamite with Sam Bradford throwing the ball and the defense should be very strong. This team will cover a lot of spreads in 2009 even though I like Texas to beat them in the Big-12.

3. Florida Gators, 9-2 ATS - - The Gators are the consensus favorite to repeat as BCS Champions. Hey, Tim Tebow is back and you know that the defense is loaded. The only knocks is that they might not have the offensive line depth that they will need to win the championship but they should roll through the SEC and cover spreads with abandon.

4. Notre Dame Fighting Irish, 6-6 ATS - - I might be giving the golden domers too much credit by putting them in the Top 5, but that schedule is ridiculously easy and Charlie Weiss has a serious offensive line this year. Notre Dame is going to be tough to beat in every game. Okay, they really only have maybe 2 or 3 real games on the schedule. The rest should be easy victories for both the Irish and gamblers.

6. Penn State Nittany Lions, 7-3-1 ATS - - Is anyone going to be able to challenge the Nittany Lions against the spread in 2009? I think so. The lack of any real strength in their schedule has been overhyped to the point that odds makers will have to make the Lions huge favorites in almost every game this year. Penn State is good, but they’re young and young teams don’t always cover spreads. I like the Nittany Lions to do well in 2009 ATS but I’m not ready to make them an automatic bet every Saturday just yet.

7. Oklahoma State Cowboys, 8-3 ATS - - The Cowboys return enough on both offense and defense to possibly challenge the Texas Longhorns for the Big-12 title. The best thing about Oklahoma State is that they aren’t either Texas or Oklahoma. That means that odds makers could forget about them and give them easy spreads to work with in 2009.

8. LSU Fighting Tigers, 2-9 ATS - - It was a down year for LSU in the spread department as they performed about as badly as they ever have before in the history of the school when it comes to betting. LSU should turn it around in 2009 with a more solid defense and the limelight no longer on them. The Fighting Tigers will once again jump up, bite opponents, and make money for betting fans.

9. Mississippi Rebels, 8-3 ATS - - I debated long and hard with myself on where to put the Ole Miss Rebels. I couldn’t keep them off the list, yet I wasn’t so sure about how well they would perform this year. I do believe that after the first two weeks we’ll know more. Let’s the put the Rebels, who have been hyped to the stars for 2009, in the Top 10 but not in the upper echelons just yet.

10. Georgia Tech Yellow Jackets, 7-2-1 ATS - - The Yellow Jackets were a surprising betting juggernaut in 2008. Coach Paul Johnson’s schemes are brilliant which is one of the reasons they made gamblers so much money in 2008. I’m holding out hope that they do the same in 2009, now that Johnson has a couple of his own people in there to run those amazing schemes, but I’m not so sure about these guys after that ridiculous 38 to 3 loss to LSU in the Chick-Fil-A-Bowl. That could ruin a guy’s career.
Posted by Anonymous at 1:40 AM

*Website Terms Of Service* This Blog In No Way Promotes Any Form Of Gambling! U.S. Citizens Please Note: The information contained at this website is for news and entertainment purposes only. Any use of this information in violation of federal, state, provincial or local laws is strictly prohibited. This site has a strict no refund policy on all *PAYPAL* purchases & no items will ever be shipped (Intangible Services Via Email At All Times) - If an *E-CHECK* payment is sent you will start receiving members picks when payment has cleared - The content on the site is provided and managed exclusively by GFW Netmarketing and Consulting. No portion of this site may be reproduced or redistributed without the prior express written consent of GFW (GamblersFinalWord). Any posting of picks, on any free sports forums or social media outlets, etc.. will have accounts terminated immediately. All opinions are emailed to paid members on a daily basis, any problems always feel free to email (GFW) at anytime.