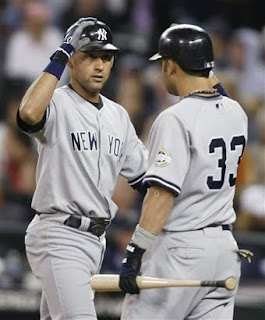 DIAMOND TRIPLE PLAY
There's two baseball games on Sunday's card where the moneyline is way off! One of them is a situation where the home plate umpire is going to have a bigger impact than people realize on the pitchers (hey, how many other handicappers besides me even know how the home plate ump is, much less his impact). And the other is a game where the public is coming down on the wrong side. I've analyzed all the relevant factors, run them through my key handicapping tests, and in a year that's seen me win two-thirds of my games, I'm set to make the pivot and turn a Diamond Triple Play!
Any good betting strategy is built on strong knowledge of the game. I bet the games like a pro, I love it like a fan, but most importantly, I study it with the eye of a manager. I want to know who's slider starts to hang in the middle innings. I want to know what teams run themselves out of innings with bad baserunning and what teams create big innings by intelligently working pitch counts. I want to know if a manager has a quick hook or if he lets a starter work his way out of trouble after the fifth inning. Because I come to every game with this type of top-to-bottom knowledge, I'm not the one caught off guard in situations like Sunday and you can get into the money with me!

Note:Those that are not *Members can email Mrbator or Collegeguru & get info on how to become a member & get all plays daily (Including every *POD*), also days when they have *Free Plays they are posted on blog 1 hour before games start-The *Members plays are posted right after first pitch so all *Members&Non Members can track each play & help in your decision to join the #1 Handicapping team in the nation,GL $$$! MR.BATOR1@GMAIL.COM COLLEGEGURUSPICKS@GMAIL.COM

*14-6 L20 *POD* Plays* *We Make You Money-Bottomline! MrBator&CollegeGuru's -Monthly-$275 2009 NFL / NCAA Football Super Pass & MLB MrBator&C-Gurus' 2009 Football Best Bets If You Play The Games I Play, You'll Make The Money I Make. I make SHARP numbers. Vegas makes FLABBY numbers. My SHARP numbers cut their FLABBY numbers to ribbons! I want to give you lean and hungry numbers so you can get all the money like I did it last year and the year before. I want to give you my Pipeline games that won me three handicapping contests and put $240,000 in my pocket. - A good linesmaker has to be a good handicapper And vice versa. THAT in a nutshell, is why you need me on your side. NOW YOU CAN have Vegas's biggest *SHARP* -and now its biggest bettor sharing his private numbers and his best edges with you! It's so easy. Just sign up below and let's get started. 2009 Football Best Bets 30 Day (cfb&nfl&mlb) - $275.00 2009 Football Best Bets: Full Season (cfb&nfl&mlb) - $849.00 MR.BATOR1@GMAIL.COM

*Website Terms Of Service* This Blog In No Way Promotes Any Form Of Gambling! U.S. Citizens Please Note: The information contained at this website is for news and entertainment purposes only. Any use of this information in violation of federal, state, provincial or local laws is strictly prohibited. This site has a strict no refund policy on all *PAYPAL* purchases & no items will ever be shipped (Intangible Services Via Email At All Times) - If an *E-CHECK* payment is sent you will start receiving members picks when payment has cleared - The content on the site is provided and managed exclusively by GFW Netmarketing and Consulting. No portion of this site may be reproduced or redistributed without the prior express written consent of GFW (GamblersFinalWord). Any posting of picks, on any free sports forums or social media outlets, etc.. will have accounts terminated immediately. All opinions are emailed to paid members on a daily basis, any problems always feel free to email (GFW) at anytime.